Enter your City name or Pincode

Afzalpur belongs to the second tier administrative sub division in Gulbarga district of Karnataka and is a town as well. It is a very small town with not a variety of tourist sightseeing; nevertheless there are good tourist destinations in neighboring cities and districts bordering Afzalpur Taluka or sub division like Bijapur, Solapur, Pandharpur, Tuljapur and Gulbarga. Afzalpur is famous for the Afzal Khan Mosque and for the historical spots in Udachan, Mashal, Ganagapur, Atanur and Chinamalli. Besides; Maha Shani Temple in Mashal is a sacred shrine located at a distance of 28 kilometers from Afzalpur, while Mallikarjun Temple in Chinamalli is situated at a distance of 38 kilometers. Jain Temple and Hanuman Temple in Afzalpur is also worth visiting in Afzalpur.

There are mostly religious shrines in and around Afzalpur; like Choudeshwari Temple which is at a distance of 28 kilometers, Bhagyavanthi Temple in Gattarga village situated 14 kilometers away, Shivasharani Niloor Nimbekka Temple in Niloor situated 25 kilometers away and Mehboob Subhani Dargah located at a distance of 40 kilometers. Marjee Peer Dargah at the meeting point of Amarja and Bhima Rivers is a holy site in Afzalpur. Shri Dattatreya Devasthan in Gangapur or Shri Khsetra in Ganagapur village located 22 kilometers from Afzalpur on the banks of Bhima River and Nirguna Matha is also famous for housing the Nirguna slippers. 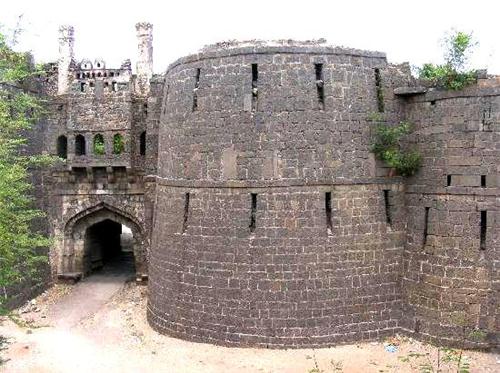 Solapur: Located in state of Maharashtra, Solapur is not very far from Afzalpur in Karnataka and has several tourist spots like Siddheswara Temple with the Solapur Fort in the backdrop, Hutatma Chowk in the city centre housing statues of freedom fighters, Science Center, Fort Bhuikot and Great Indian Bustard Sanctuary. Know more about Solapur here

Afzalpur is a not a city which sees a lot of visitors throughout the year, yet there are a few hotels in the town offering accommodation to tourists.

Are you a Business Owner?

Add the products or services you offer